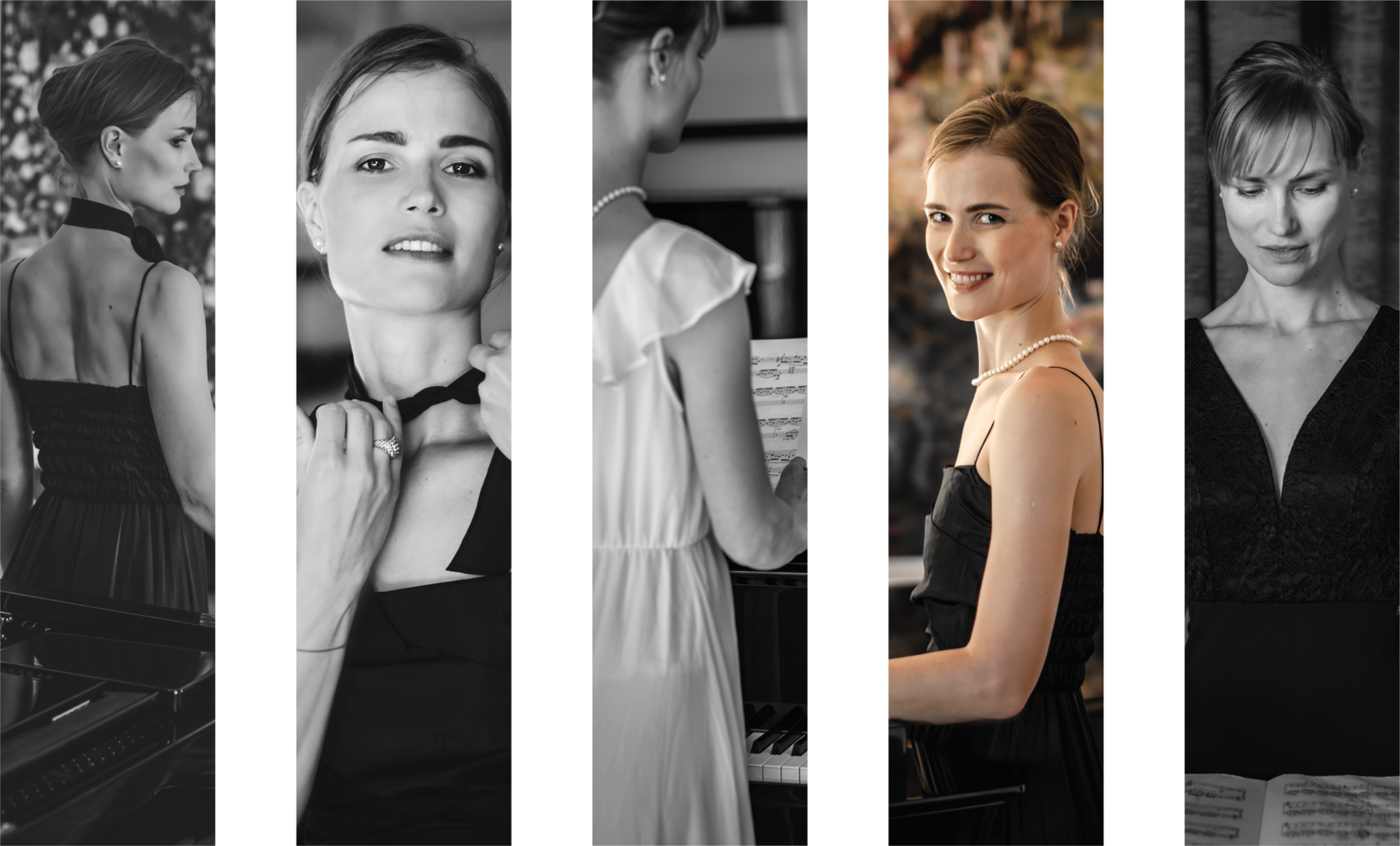 Anastasiya Evsina is a pianist who gives concerts worldwide. She has performed in venues such as Tokyo Opera City Recital hall and Minato Mirai Recital Hall in Yokohama, National Palace of Culture in Sofia, Paderewsky Hall in Lausanne, Cultural Center in Sao Paulo and Eva Klabin Foundation in Rio de Janeiro.

Her interpretations emanate lyricism and naturalness, freedom of form development, building a dramaturgy of the recital with integrity, clarity and brightness. In describing her performance, bulgarian critic Evelina Zdravkova commented: "Evsina captivated the audience with an enviable mastery of extraordinary talent...creating music with power and making art with flair." Her interpretation of Rachmaninov Sonata no. 1 "elevated the spirit to cosmic heights, playing with original thinking, dynamic and impressive expressiveness."

Evsina started playing the piano at the age of four. She completed her Masters degree in solo piano at Moscow Tchaikovsky Conservatory with Professor Daria Petrova, and in chamber music at the Gnesin Academy with Professor Georgy Fedorenko, after graduating from Russian Gnesin Academy of Music with Honors, where she studied under Professors Georgy Fedorenko, Arkady Sevidov and Grigory Gordon.
Evsina's repertoire covers different epoques and styles, having a special interest in rarely played music. Among the pieces interpreted by the pianist, Sonata op.2 n.2 by Johannes Brahms, Piano Trio by Maurice Ravel, Sonata op.3 n.3 by Samuel Feinberg, Prelude and Fugue op.29 by Sergei Taneyev, Sonata op.28 n.1 by Sergei Rachmaninov, Sonata-Ballade op.27 and Piano Concerto n.3 op.60 by Nikolai Medtner stand out. Her deep affection for chamber music is expressed in collaborations with various musicians and ensembles. The number of chamber works she has played is as wide as her solo repertoire.

Evsina won several competitions. Her solo concert was broadcasted nationally by TV1 Bulgaria. Evsina was invited for a special participation in the live program "A Piano at Dawn" in the radio station Super Rádio FM and held a master class with musicians and professors at University of Brasília. In 2022 Evsina gave a series of recitals under the theme "Great Composers-Pianists" that included pieces by S.Rachmaninov and S.Feinberg.

Evsina has international teaching experience, supporting and coaching students from Moscow Conservatory, Gnessin Academy, University of Brasilia, among others. She successfully prepared a candidate for a professorship at the University of Brasilia. She is also an author of "Technical Solutions", a video course on the development of piano technique.
Download pdf-file